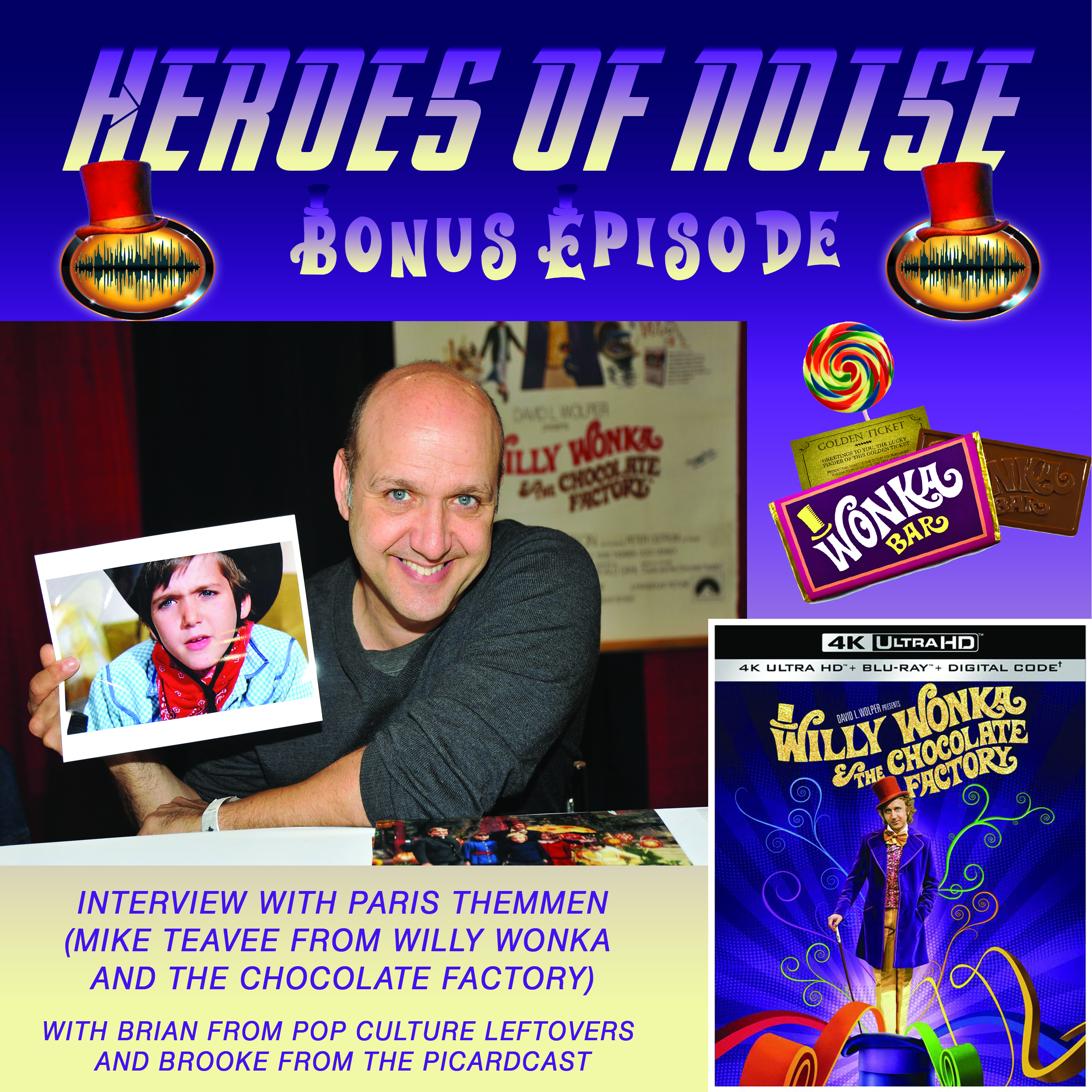 With Brian of Pop Culture Leftovers and Brooke from The Picardcast

Yo! Dan here. Welcome to a special bonus episode of Heroes of Noise.

On this episode I, along with Brian from Pop Culture Leftovers and Brooke Daugherty from The Picardcast sit down with Paris Themmen, better known as Mike Teavee from #WillyWonkaandtheChocolateFactory. We talk about all things Wonka, including the 50th anniversary release of the film on 4K Ultra Blu-ray and Digital.

* This is actually a PCL episode, but Brian is a good guy and allowed me to publish the interview on the HON feed for our listeners.

It was an absolute pleasure talking with Paris, and if I'm being honest, it was a dream come true as well. Willy Wonka and the Chocolate Factory is a movie that has a special place in my heart. Thanks again to Brian for asking me to join him to talk with Paris. It made my year.

So without further ado,  please enjoy the Paris Themmen interview. Talk to you soon.

Listen to Brooke on The Picardcast

Directed by Mel Stuart and starring Gene Wilder as the legendary Candy Man Willy Wonka, this splendiferous movie brings to the screen the endlessly appetizing delights of Roald Dahl’s cherished book. Coated with flavorful tunes and production designs that are a visual treat for the eyes, this effervescent musical never fails to enchant young and old. On a whirlwind tour of Willy’s incredible, edible realm of chocolate waterfalls, elfish Oompa-Loompas and industrial-sized confections, a boy named Charlie (Peter Ostrum) will discover the sweetest secret of all: a generous, loving heart. And viewers will rediscover all the timeless magic as it was meant to be seen.

Willy Wonka & The Chocolate Factory will be available on Ultra HD Blu-ray Combo Pack for $24.99 ERP and includes an Ultra HD Blu-ray disc with the feature film in 4K with HDR and a Blu-ray disc with the feature film and special features. Fans can also own Willy Wonka & The Chocolate Factory in 4K Ultra HD via purchase from select digital retailers beginning on June 29.