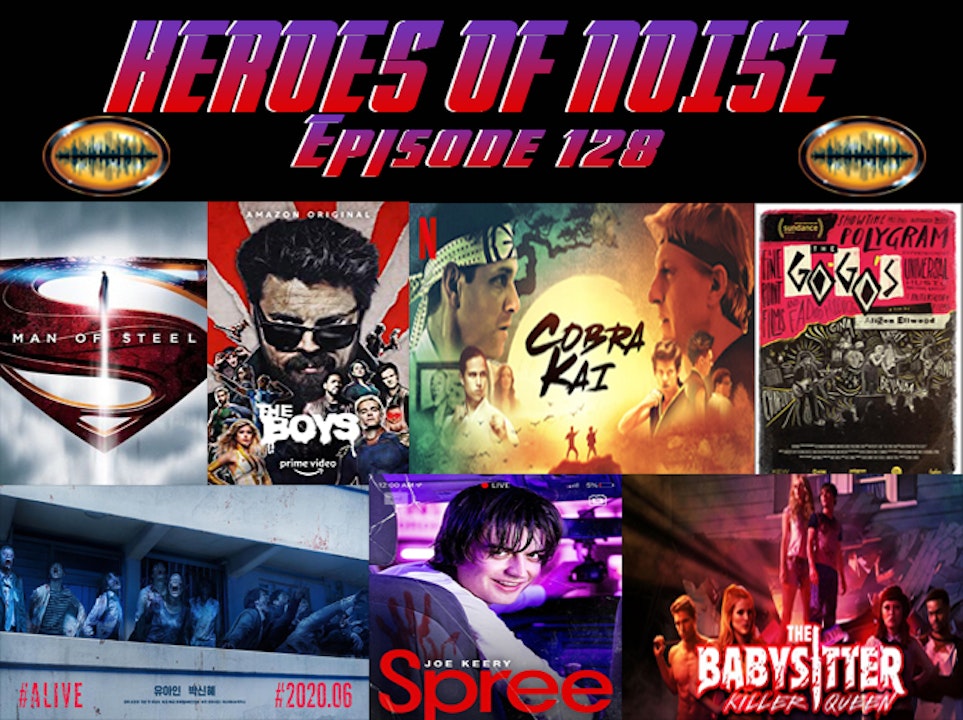 Welcome to Episode 128. Yes we know we're tardy but we will keep telling you that this is only temporary. This week we'll just blame 2020 because these days you can literally blame EVERYTHING on 2020. But all of that doesn't matter now because ya boys...

Yes we know we're tardy but we will keep telling you that this is only temporary. This week we'll just blame 2020 because these days you can literally blame EVERYTHING on 2020. But all of that doesn't matter now because ya boys have finally arrived.

This week we spend less time on tangents and music and more time talking about what we've watched over the last week. The best part is that we both watched all but one of the films discussed on this episode. Nobody thought it would happen, but Steve has finally watched Man Of Steel and gives his thoughts on the film. We also catch up on Season 2 of The Boys (Prime) so far. You know.. since Amazon decided to do us dirty like that and keep us waiting week to week. We've both now seen the entirety of Cobra Kai (Netflix) and we spend some time talking not only about the series, but all about who was really the bad guy in The Karate Kid. As we get further into the show we also discuss the 2020 rock documentary  The GoGos (Now on Showtime), which tells the legendary story of their rise from the punk scene to becoming the biggest all female act of all time.The only film that Steve didn't watch was Spree (VOD) so Dan gives some quick praise to the film to serve as encouragement for you to check it out. Lastly we give our thoughts on #ALIVE, the Korean infection movie now on Netflix, as well as The Babysitter: Killer Queen, the sequel to 2017's The Babysitter starring Samara Weaving.

That, as they say is the show. Again, we're sorry for the late drop but be on the lookout for Episode 129 as well as another Patreon episode coming later this week.

We hope you're all doing OK during the zombie apocalypse. Stay safe out there and try to keep your minds off of all the negativity in the world. It'll get to you if you're not careful.

You can help support the show , get exclusive podcast episodes, and get some sweet stuff back in the process by joining us on Patreon

Listen to our other podcast

The Word: The Unofficial PREACHER Podcast