Episode 142 - Armie Hammer The Cannibal?, Black Bear, and Pieces Of A Woman 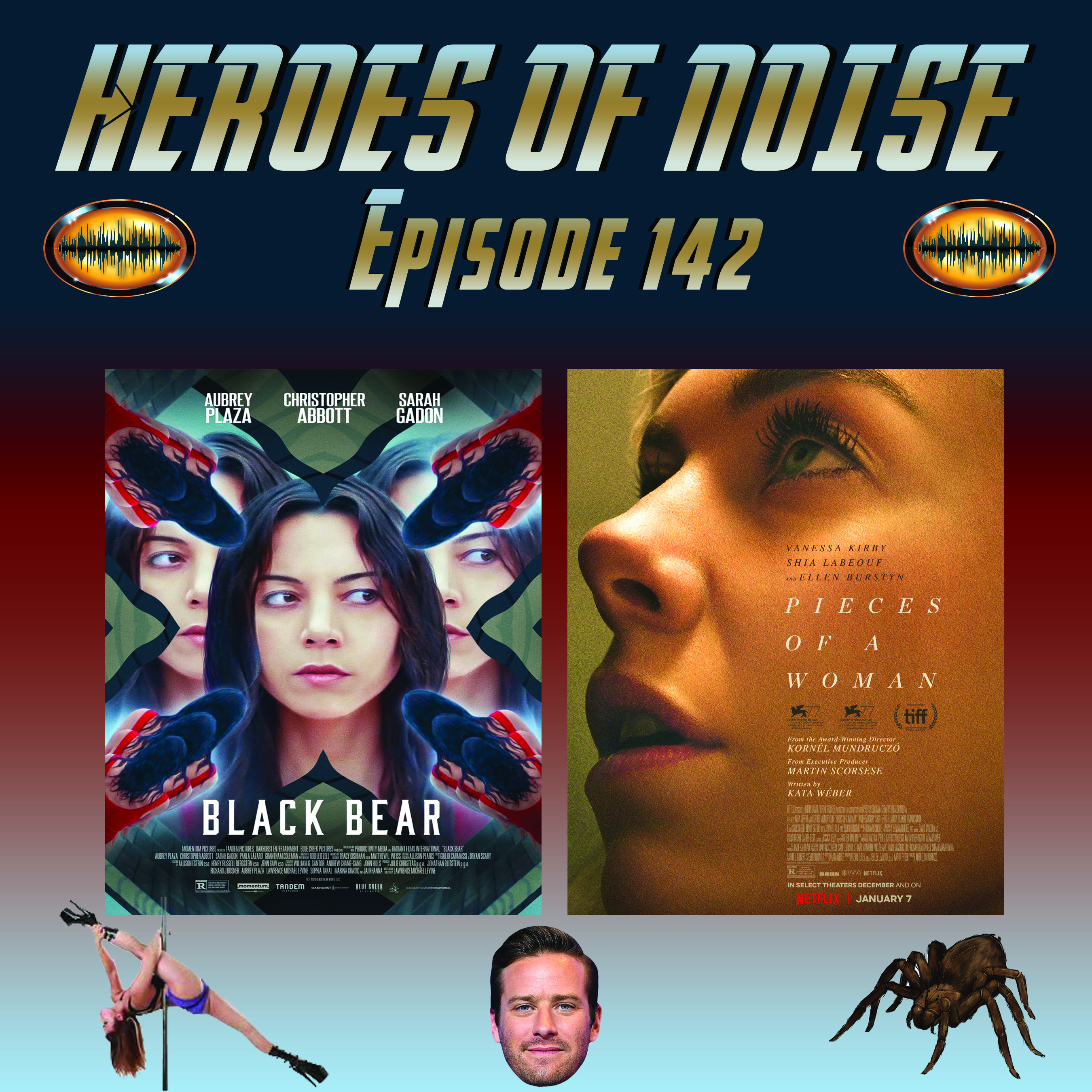 We hope you’re all “enjoying” the sequel to 2020 so far. We’re 2 weeks in and it already feels like 9 months. But even though 2021 has started off with sputters (to say the least), we feel we’re starting this year off right. Before we get into the show, we wanted to let you know that we appeared on Episode 363 of Pop Culture Leftovers this past weekend. That episode was their first official episode of the year as well, so we had PLENTY (that is not understated) to talk about. It ended up being a 6.5 hour show and we were honored to be a part of it. Be sure to subscribe to Pop Culture Leftovers . You won’t regret it. Brian and Jake are fantastic hosts.

Before we get into the 2 reviews (4, if you count the quick mentions of “Extract” (2009) starring Jason Bateman, and “Strongest Man Of All Time” (Hulu) that we do at the end), here’s some of the topics we discuss on this episode:

In Noise News we were going to talk about several things, but decided to give all of our time to the recent Armie Hammer scandal that’s developed online.

When we get to the reviews, we’ve both watched “Black Bear”, Starring Aubrey Plaza, now on VOD), as well as the new Netflix Original “Pieces Of A Woman”, starring Vanessa Kirby, Shia LaBeouf, and Ellen Burstyn.

As mentioned above we do throw in a couple of mini reviews for good measure.

That’s the show, ladies and gentlemen.

We’d like to thank any new listener that may be listening to this episode and we hope you stick around to see what 2021 will bring for HON. We definitely have a few things we’re cooking up, so stay tuned for that. We’ll be back next week with another banger for you. Believe that. Until then we hope you have a fantastic week and a beautiful start to your 2021.

We'll talk to you soon! Peace!